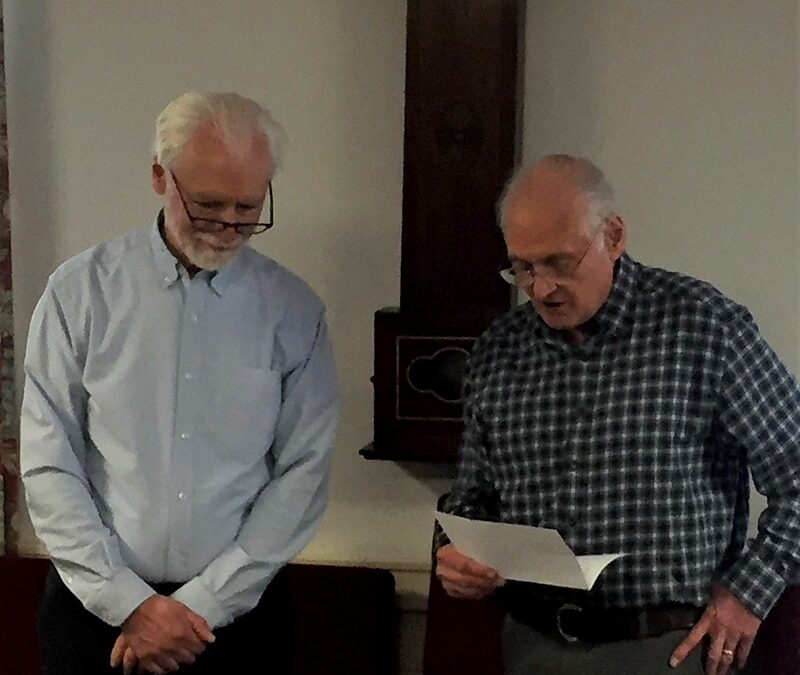 On Sunday January 5, Ken Campbell honored Gene Faxon for a “decade and a half” of “lifting our spirits and leading us in leading us in glorious hymns and songs of faith. As a singer, a choir conductor and a musician playing the Wessel organ, the Warfield Baldwin piano, your harpsichord, accordion and recorder, you have taught us about other musical expressions of faith. We treasure Eve and Dami and the non-family musicians you have brought us. We thank you for the library of music that you have assembled. Your dedication to  and to your craft makes us very grateful for your presence on Sunday.” 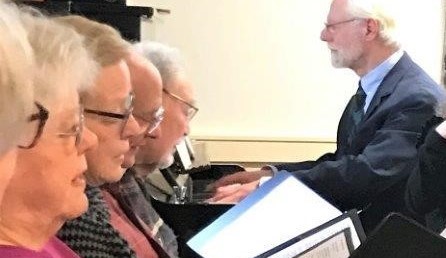 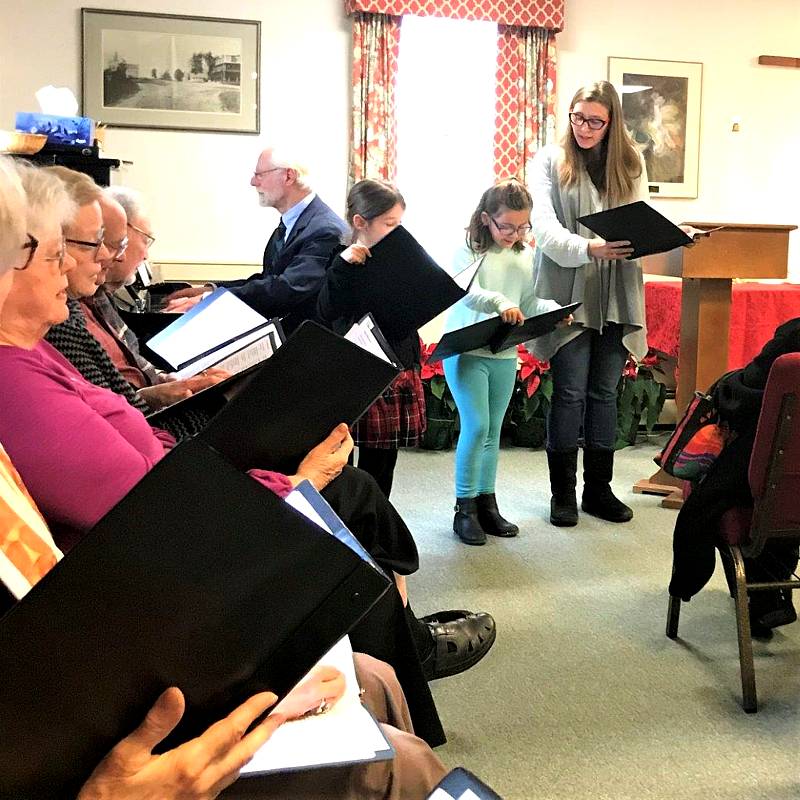 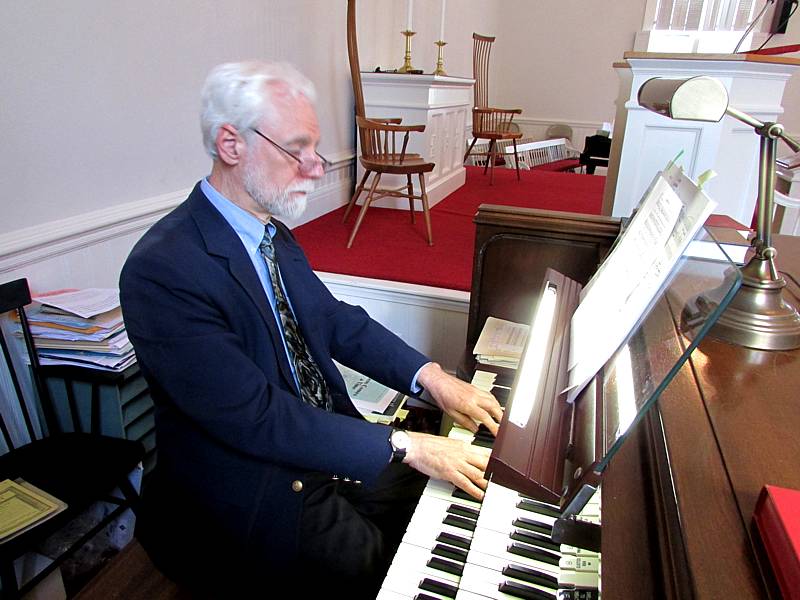 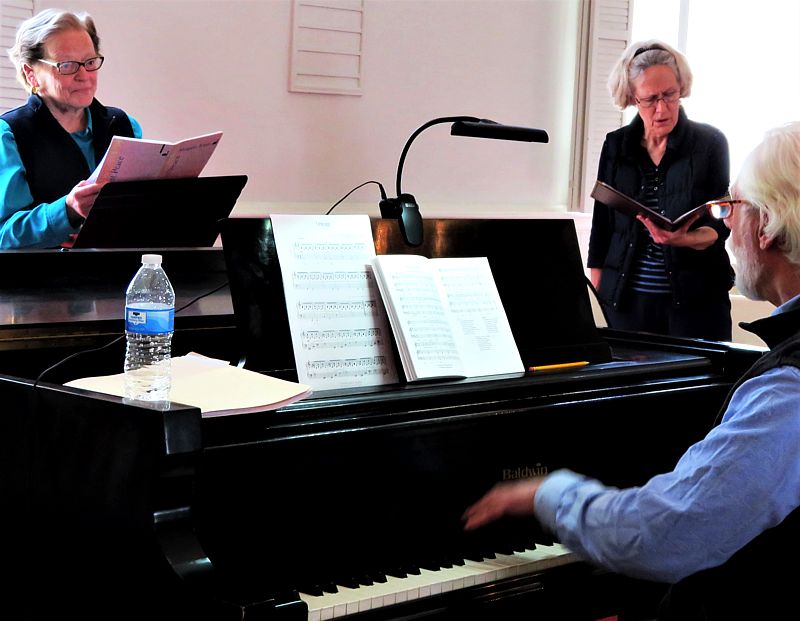 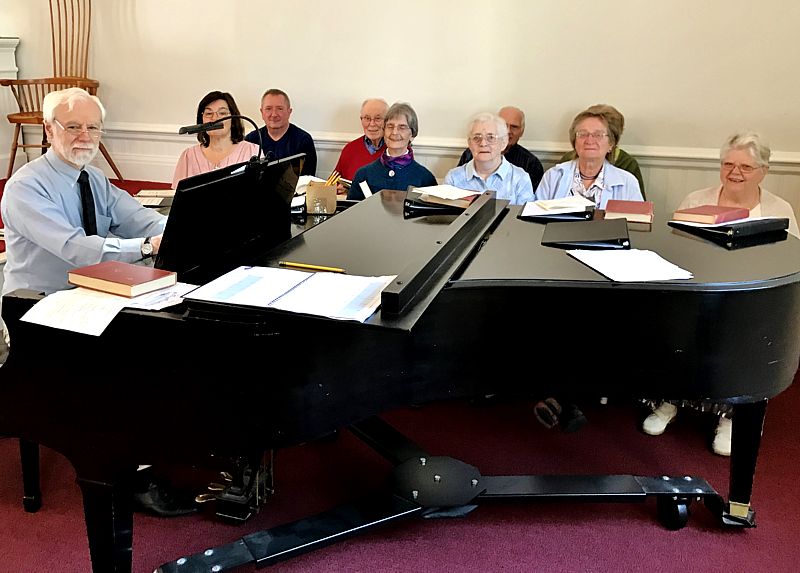 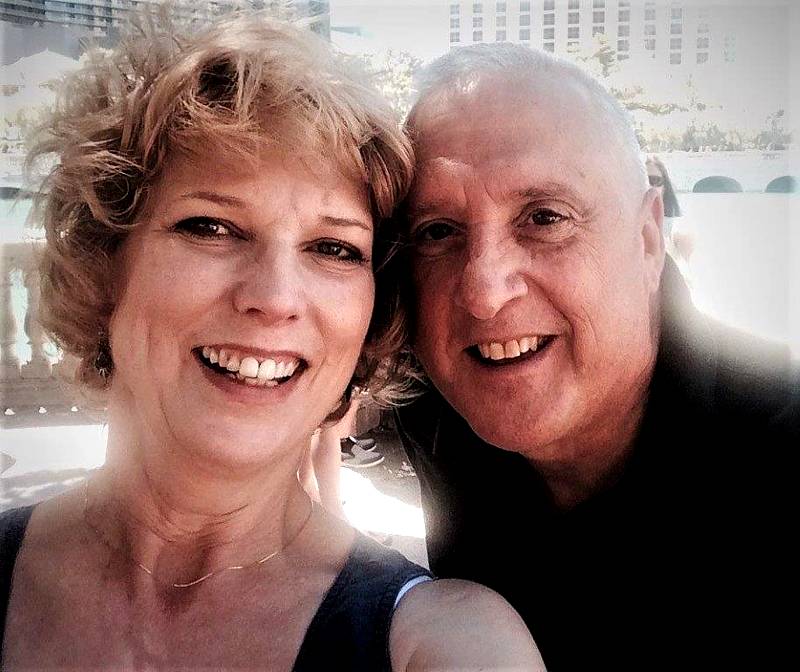 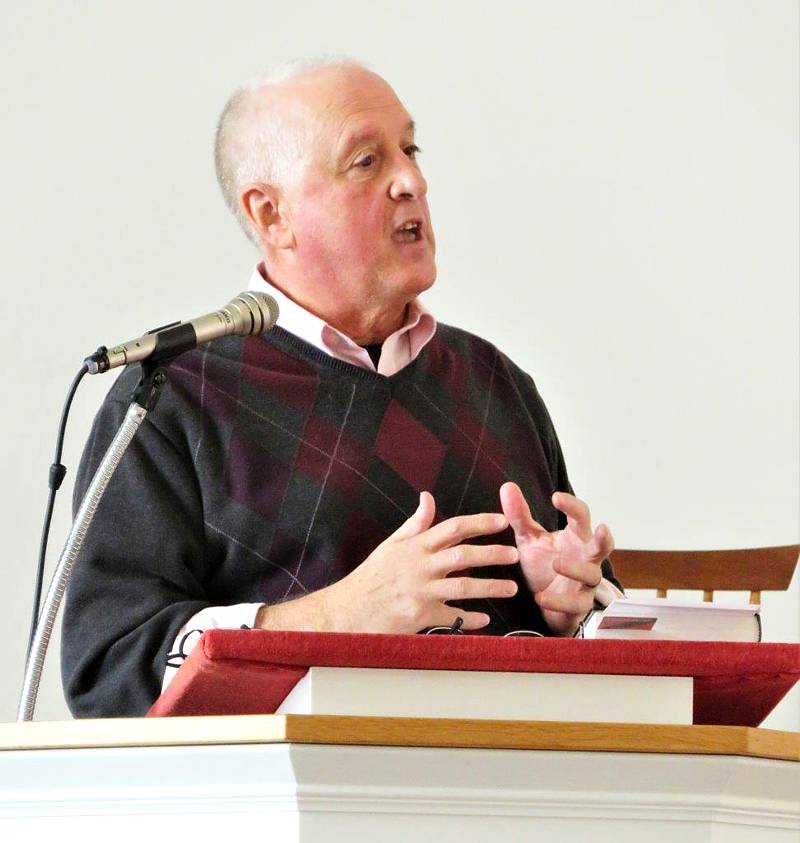 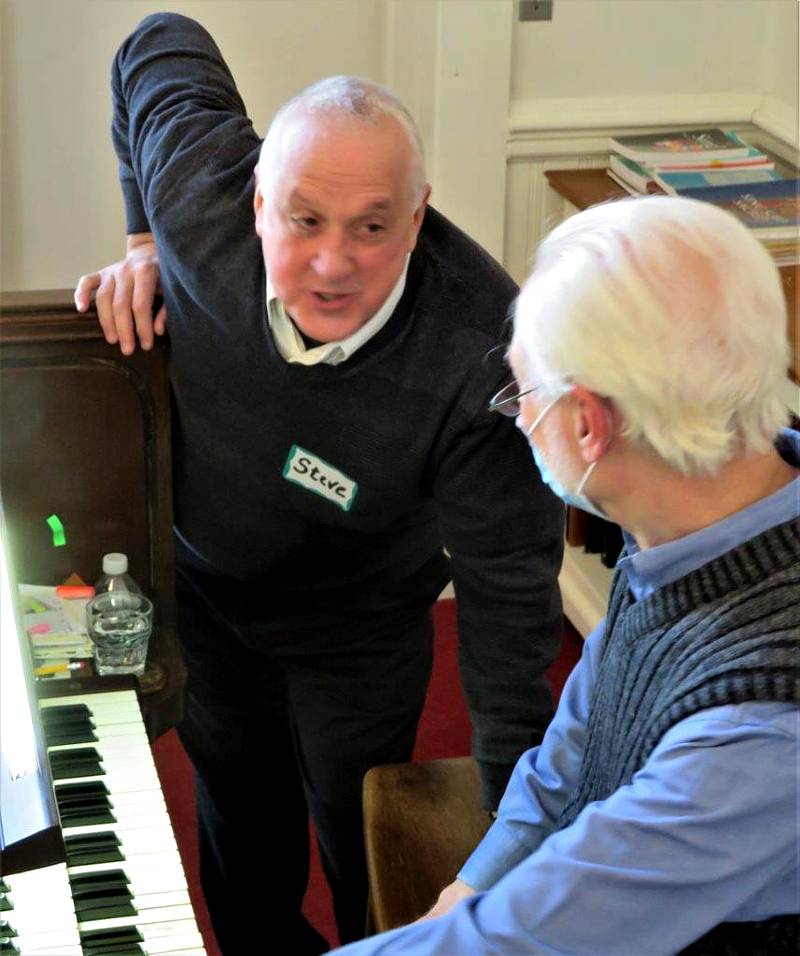 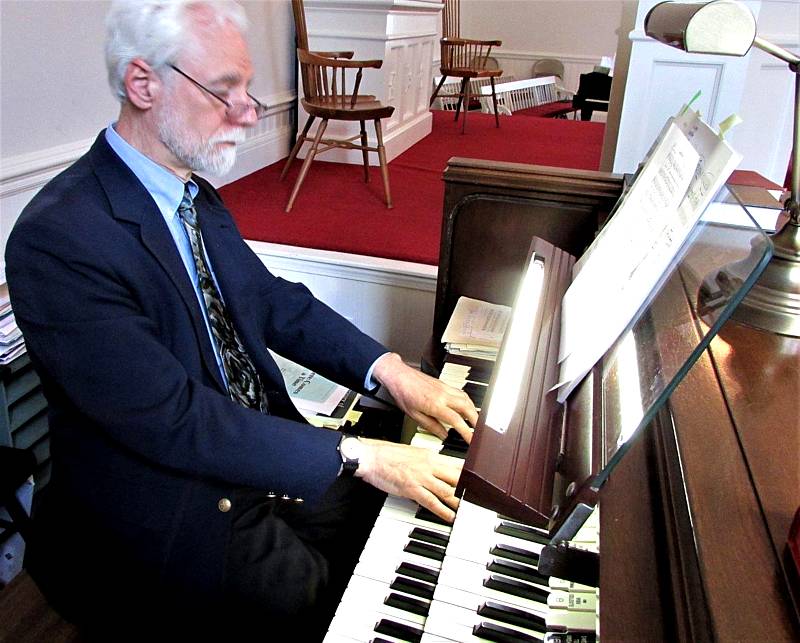 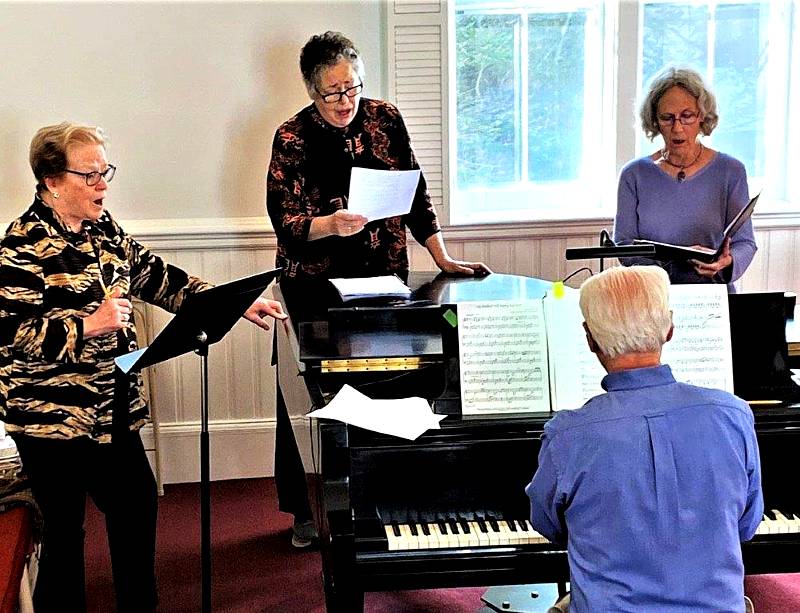 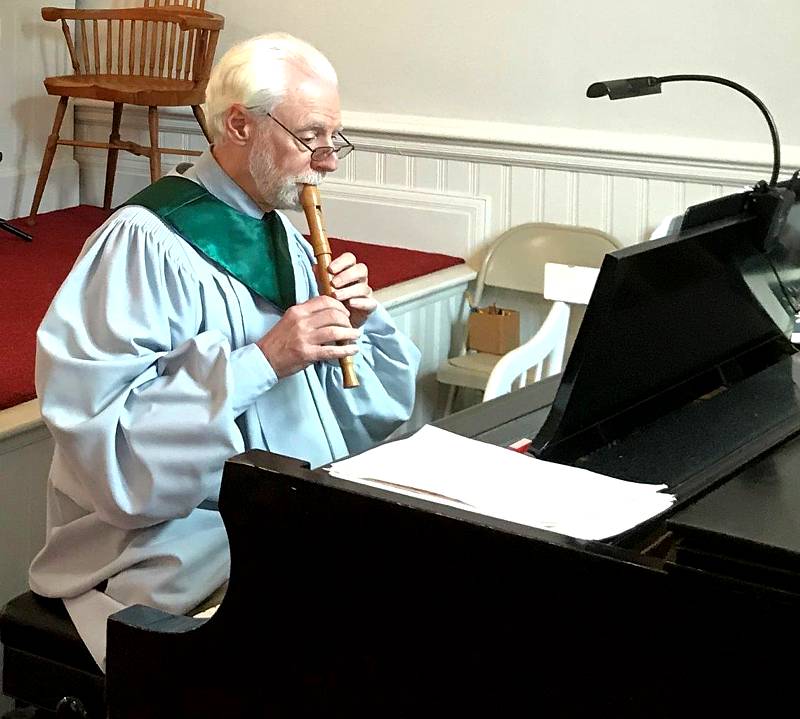 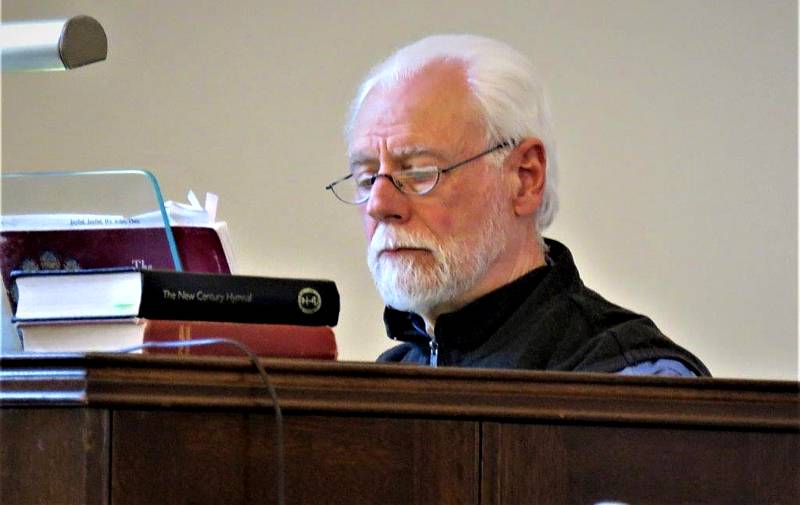 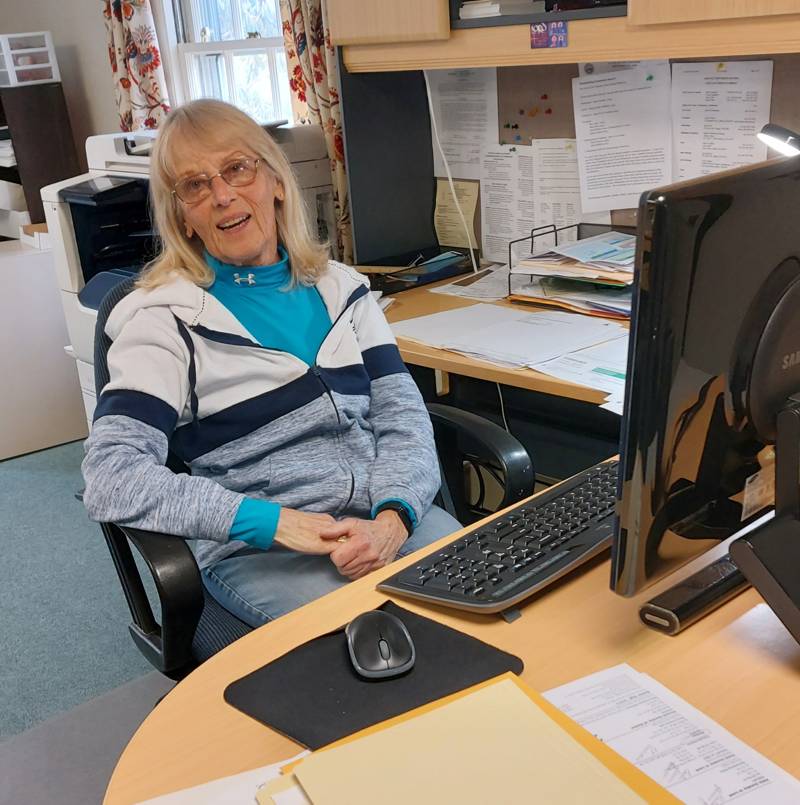 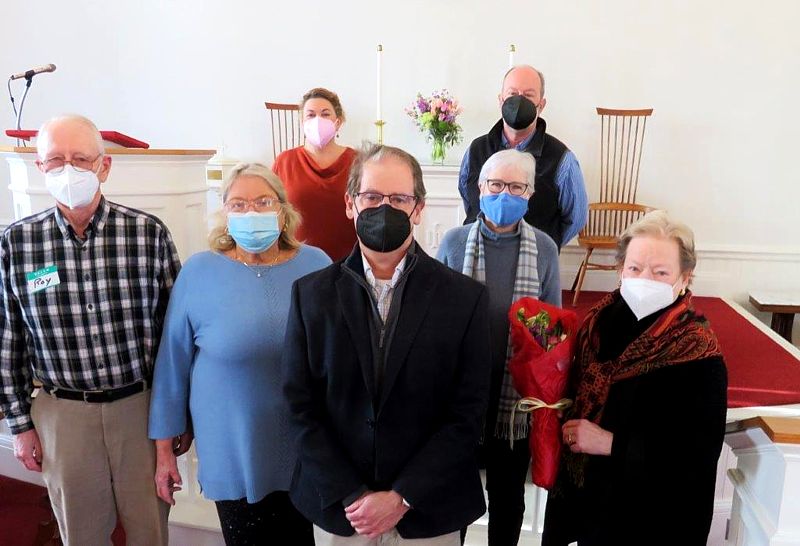