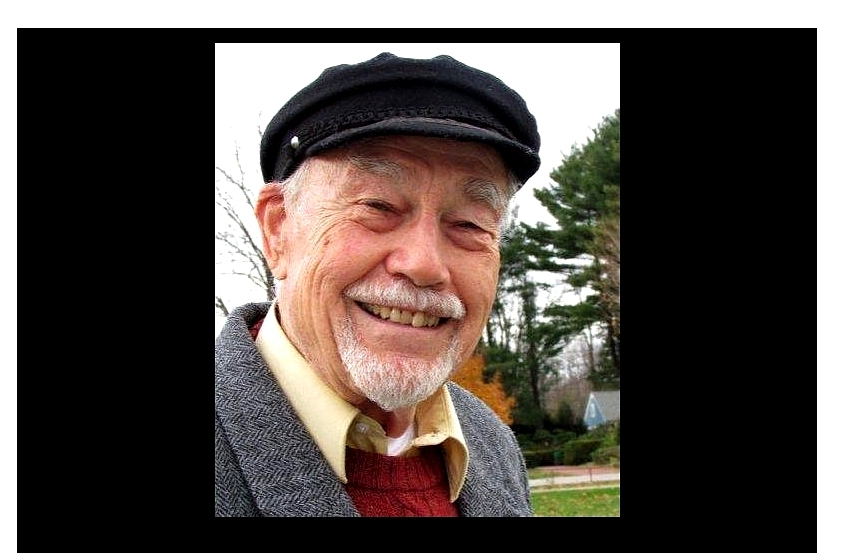 As some of you may already have heard, after several months under hospice care, John VanNess, 90, passed away quietly in his sleep the morning of January 4.  We are very saddened at the thought of his absence in our lives; we hope and pray, John, that your much-anticipated exploration of “the other side” is bringing you all the delight and wonder you had imagined.

There will be a private memorial service for the family video-recorded live at the church on Sunday; a link will be forthcoming in the next few days. It will also be posted on line and available on the church website for anyone who would like to watch later.

His family, in partnership with the First Church in Jaffrey, will celebrate a service of remembrance via livestream on Sunday, Jan. 10, 2021, at 2 p.m. You can join the livestream at this link:

In 1951, John graduated from Lehigh University in Bethlehem, Pa., with a B.S. in electrical engineering. During his college years, John found increasing depth of faith through retreats with fellow students and, rather than take an engineering job, he enrolled in New Brunswick Theological Seminary in New Jersey. While training at the Flatbush Reformed Church in Brooklyn, N.Y., John met the love of his life, Patricia Ann Wood. They married on June 13, 1953, about a year before John graduated with a Masters of Divinity. John and Pat’s marriage thrived for 59 years until she died on March 21, 2012. By facing his own fears, desires and illusions, and surviving a stroke, John found himself able to be mindfully present to Pat as he shared her 10-year journey through dementia.

John was ordained as a Presbyterian minister and served as pastor of several churches in New York State from 1955-67, with one break in 1962-63, when he and Pat and their three boys ages 7, 5 and 10 weeks moved to Celigny, Switzerland, where John enrolled in the World Council of Churches’ Graduate School of Ecumenical Studies at the University of Geneva. Before returning to the U.S., John worked at the World Council of Churches headquarters in Geneva. He would recall that year as one which restored his faith that something could be done about the inner spiritual experience within the church, and that he had a role in it. From 1967-70 John was Director and Campus Minister at the Student Christian Center in New Paltz, N.Y., until his activism became unacceptable to some local churches and he accepted a position as an administrator at SUNY New Paltz, where he became Acting Vice President for Student Affairs in 1978. In 1981, John was accepted into the doctoral program at the Institute of Transpersonal Psychology (now known as Sofia University) in Palo Alto, Calif., where he earned a Ph.D. in Transpersonal Psychology. His time there deepened his own appreciation for diverse spiritual traditions, and led to his becoming a Whirling Dervish for a few years.

In 1985, John and Pat moved to Jaffrey, where they set to work designing an octagonal house built on land that had been in Pat’s family for several generations. They joined the First Church in Jaffrey, where John served on the Church Council, several committees, as a guest pastor and became a highly respected member of the church, sought out by the congregation for his deep wisdom. Many people in the community are forever changed, having been touched by John’s warm smile, clever humor and generous spirit. As a member of the church choir, John held up the baritone section for many years. He also joined the Monadnock Chorus and joined them on their European tour. Beginning in high school, John played clarinet in the marching band. He continued playing clarinet well into his 70s, occasionally sitting in with the band at local square dances called by Duke Miller in Fitzwilliam, Peterborough and Dublin. Until he retired in 2015 at the age of 85, John served as a pastoral psychotherapist, seeing patients in private practice and serving as Senior Therapist at Monadnock Area Psychotherapy and Spirituality Services (MAPS) in Keene. He also taught at Antioch New England Graduate School in Keene and served as a Mentor at Sofia University and Faculty Advisor at Norwich University in Vermont.

In lieu of flowers, John’s family would welcome donations in his name to MAPS https://mapsnh.org/. John will be buried next to Pat in Conant Cemetery in Jaffrey. To share memories, photographs and condolences with John’s family, please visit https://cournoyerfh.com.