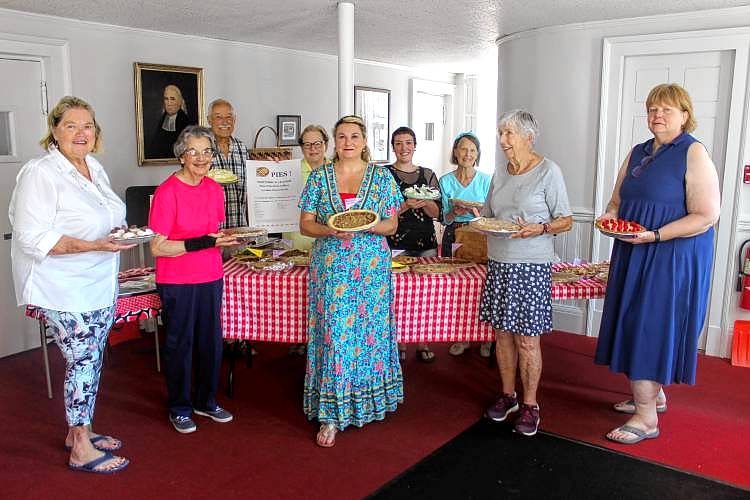 Last year, when COVID-19 hit, the First Church in Jaffrey had to change how it did things. One of those changes last year was the cancelation of the traditional annual Church Fair, one of the church’s yearly fundraisers. This summer, several ladies of the church came together to help overcome that lost revenue.

While the Church Fair returned at the end of this summer, a group of parishioners came up with an idea to help carry the church through the summer with additional donations. Pies-a-Plenty, a homemade pie sale, became a weekly fundraiser, with plans to make it a permanent addition.

It began as the brain child of Pam Hill of Jaffrey. Each Friday this summer, several members of the church baked a pie – any kind of pie – for a sale in the First Church lobby. Fruit pies like cherry or blueberry, dessert pies like chocolate mousse or lemon merengue, and even meat pies are all welcome at the table. And since the first sale on June 21, the fundraiser has been wildly popular.

By last Friday, the official last pie sale of the summer, the group was making between 22 and 28 pies a week, for sale at $20 each. The sale has remained wildly popular, both among the buyers and the bakers, and Hill said many are interested in making the summer sales an annual event.

Hill said she’s seen similar pie sales work at a church in a community she regularly vacations in, and though their operation is much larger, she thought it could work to bolster First Church after a hard year impacted by COVID-19. She started with a group of 10 women at her house to do a quick tutorial on how to make four different pie varieties – though bakers aren’t limited to those recipes – and went from there.

Hill herself, with assistance from her husband Bruce Hill, makes about 11 pies a week for the sale, in a vast variety of fillings.

“I have a strong baking background, so this is something I could do,” Hill said. “It’s been fun and a nice community event.”

Support the Monadnock Ledger-Transcript. Subscribe Today
Toni Gildone of Jaffrey has been experimenting with different pie recipes each week, and for the last sale on Friday, brought a peach and a cherry pie.

“I love it,” Gildone said. “I think it’s a great idea, and it’s a community effort. I think there’s a desire to continue this.”

Gildone has been baking for years, and said the weekly pie sale has become a time for her to experiment and find out what works best for her favorites. Throughout the summer, she has been trying different crust recipes and fillings she normally wouldn’t if she were baking for herself, she said – and that’s part of the fun for her.

Annie St. Cyr of Jaffrey said the sale, for her, has become a way to better know her church community.

The daughter of a home economics teacher, St. Cyr said she grew up in the kitchen, and her pies usually come from a cookbook gifted to her as a wedding present by her grandmother. Sharing recipes and being behind the sales counter together has formed firmer friendships with those she shares pews with, St. Cyr said.

“My experience with most of these ladies has been on a church level. This has been a fun, social experience. It’s a fun, light, silly things, that has allowed us to get to know each other in a personal way,” St. Cyr said. “And it’s been great to see people come in for the pies, and see how many people come back every week. A lot of people are still just happy to be out and about, seeing neighbors and meeting new people.” 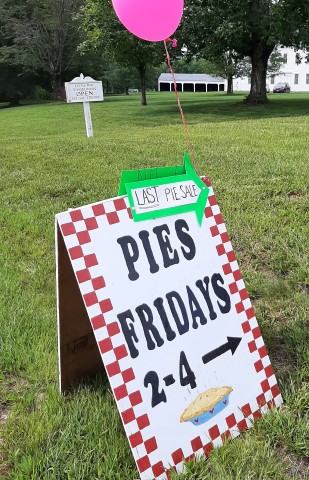 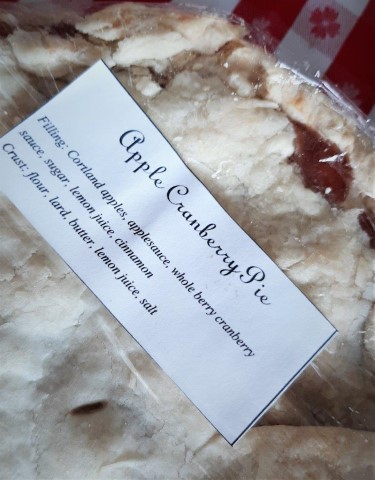 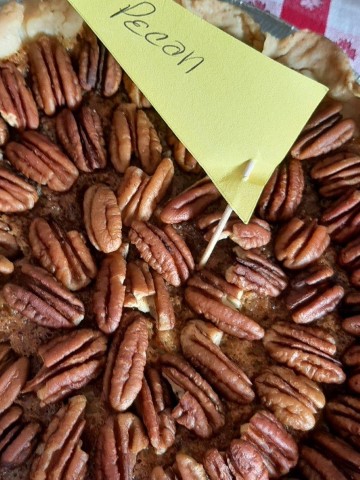 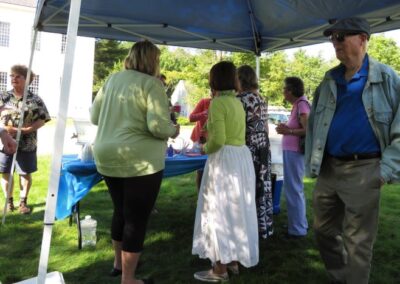 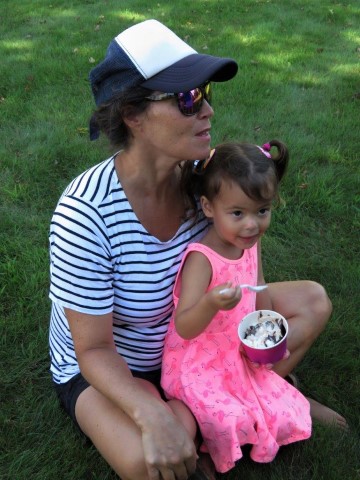 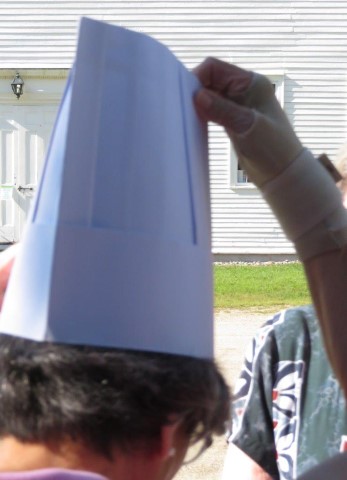 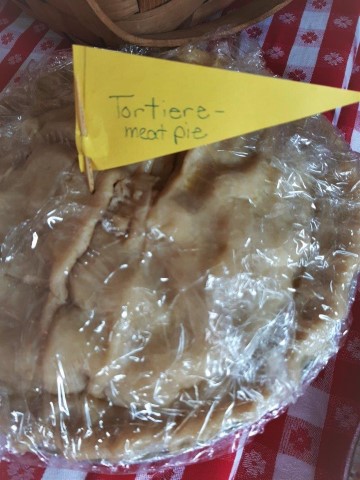 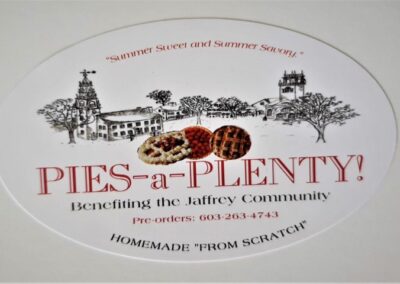 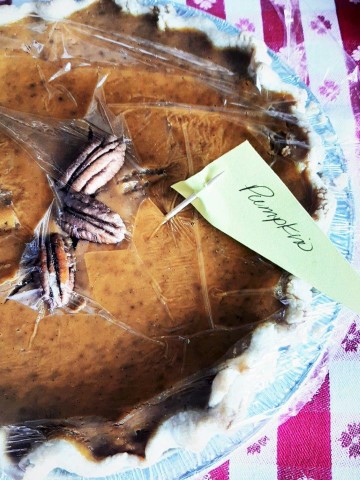 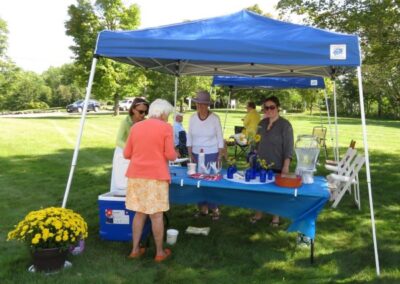 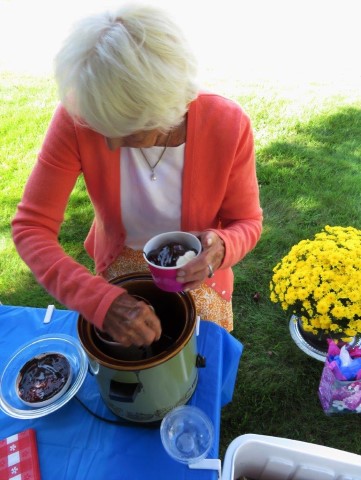 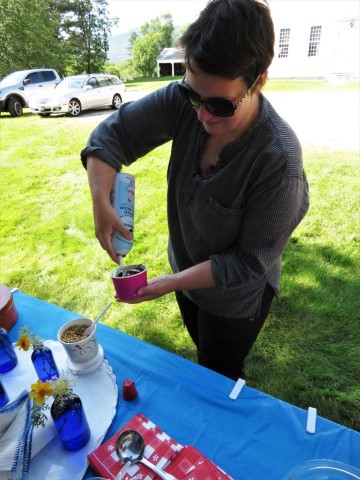 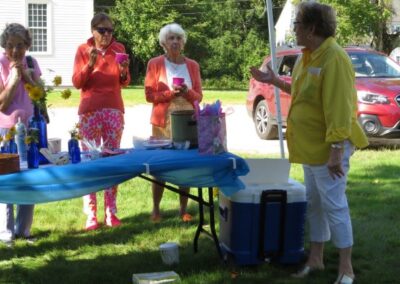 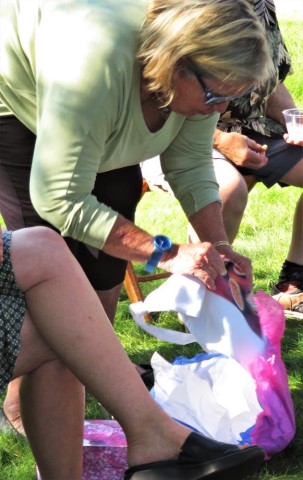 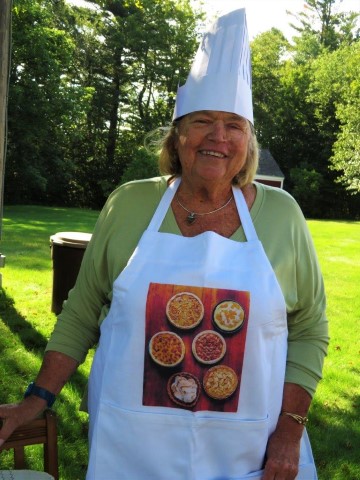 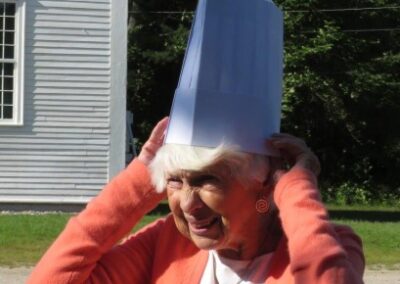 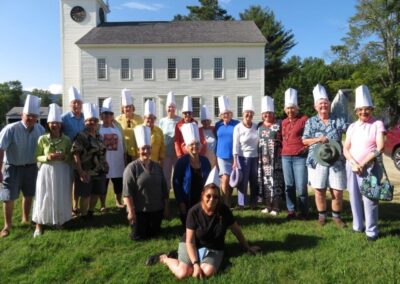 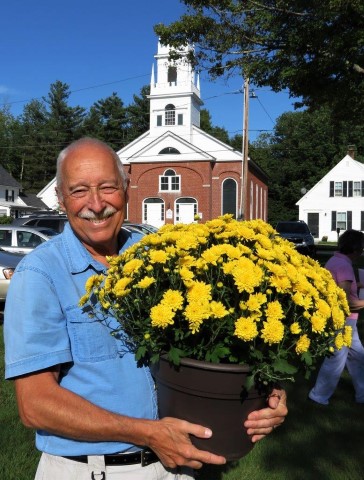 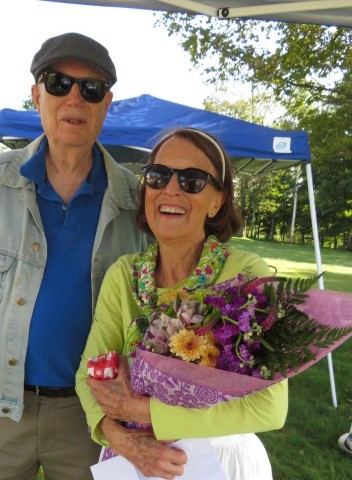 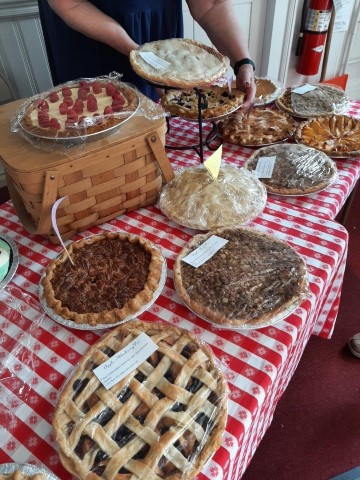 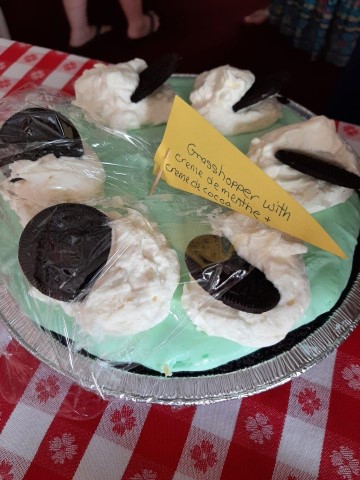 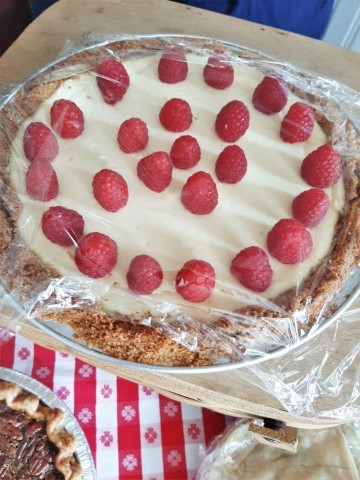 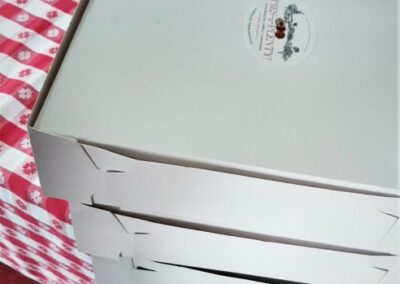 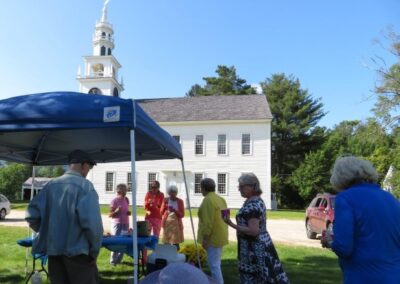 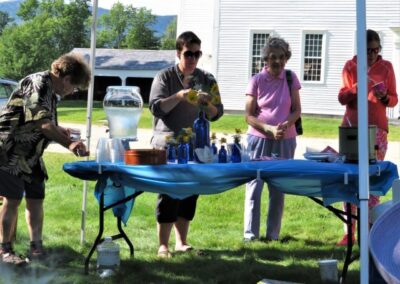 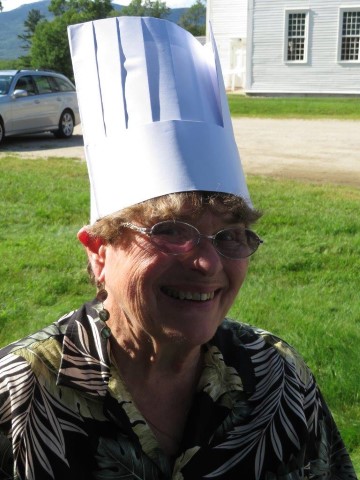 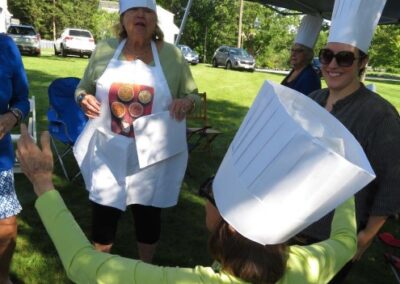